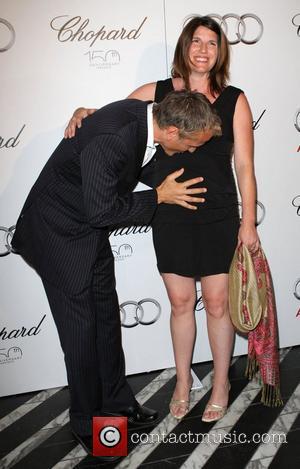 BIG LOVE actor Patrick Fabian is set to become a first-time father - his wife, comedy writer MANDY STECKELBERG, is expecting a baby girl later this month (Sep10).
And the couple already has a name picked out for the tot - inspired by their shared love for The Beatles.
Fabian tells E! News, "We are going to name her Abbey Ray after Abbey Road in London. We were over in London and I'm a Beatles freak so we went to visit Abbey Road. I looked over at my wife and she was so moved by the place she was in tears. We didn't even know she was pregnant at the time but I filed the name Abbey in case we ever had a girl.
"A few weeks later my wife's friend called saying she had a dream (that) Mandy was pregnant with a girl, and it was true."