'Grey's Anatomy' star Patrick Dempsey is to play a ''darker'' character than he is known for in 'Transformers 3'. 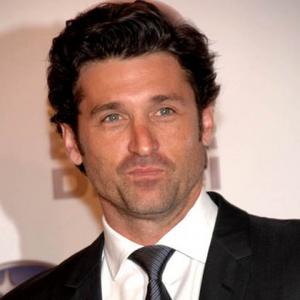 Patrick Dempsey has joined the cast of 'Transformers 3'.

The 'Grey's Anatomy' actor will star as the boss of Mikaela Banes, the character portrayed by Megan Fox, in a role which is said to be "significant to the plot", a representative for Paramount Pictures has confirmed.

Patrick, 44, told Brazilian website BOL he would be playing a "darker" character compared to the romantic comedy roles for which he is most well known.

He said: "I start filming later this month. In 'Transformers 3' I play a character who is far more dark than others I've played."

The third film in the action saga by director Michael Bay will again star Shia LaBeouf who will reprise his role as Sam Witwicky.

The 'Hangover' actor Ken Jeong is also reportedly on board, as well as 'Ghost Whisperer' star Jamie Kennedy who sparked speculation he may join the sci-fi movie by recently saying: "I had an interesting interview with the people behind the new 'Transformers' movie and I may have a role in the movie."

Filming on the project, which will be shot in Moscow, China, Africa and the US, starts later this month and it is set to be released in summer 2011.

The previous two movies have grossed over $1.5 billion worldwide.