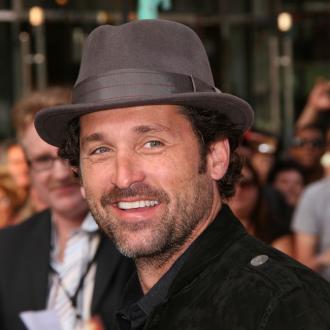 The 'Grey's Anatomy' actor outbid competitors including Starbucks to buy Seattle based Tully's Coffee through his company Global Baristas LLC.

Declaring victory over Starbucks on Twitter, he wrote: ''We met the green monster, looked her in the eye, and...SHE BLINKED! We got it! Thank you Seattle! (sic).''

He added: ''I'm thrilled that we won and I'm even more excited about saving Tully's Coffee and its hundreds of jobs.''

Tully's Coffee, which also has stores in Washington and California, filed for Chapter 11 bankruptcy protection in October.

Recently, cycling mad Patrick revealed his dreams off opening a cycling shop where other riders can go to hang out.

He said: ''I'd love to open a bike shop in Mailbu that's a hangout for cyclists. There's nothing like that out there.''

The 46-year-old actor - who has children Tallulah, 10, and twins Sullivan and Darby, five, with second wife Jillian - is dedicated to cycling, even shaving his legs to improve his performances, and says giving up sex has helped him concentrate on his training ambition to ride 100 miles.

He said: ''Yes, leg shaving has done wonders for my riding; now that I'm celibate it's easier to focus on my training plans. Seriously, I want to ride a century; that's my goal. My longest ride so far is 75 miles.''