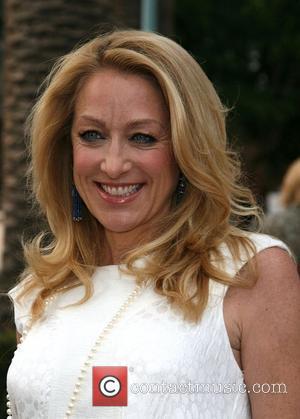 Picture: Patricia Wettig A conversation with 'Brothers & Sisters' at the Academy of Television Arts and Sciences Los Angeles, California - 28.04.08

Actress Patricia Wettig is turning her hit TV drama BROTHERS & SISTERS into a real family affair - her daughter has joined the cast of the U.S. series.
Wettig, who has portrayed Holly Harper on the show since its premiere in 2006, already works alongside her husband Ken Olin on set - he is an executive producer on the programme and has also played her boyfriend David Caplan on-screen - while their son Clifford serves as a writer.
Now Wettig and Olin's 24-year-old daughter Roxy has joined the popular drama - but the young actress admits she's struggling to bond with the male members of the cast because they don't want to get too close to the "boss' daughter".
Roxy Olin, who previously appeared on MTV reality show The City, tells People magazine, "At first it was hard because they (her family) were all working on it and I wasn't. My dad, he's the boss... Boys on the show don't look in my direction because of my dad, and it drives me crazy.
"Dave Annable, Matthew Rhys and Balthazar Getty, they're all like the cutest things ever, and I'm like, 'Hey boys.' And they're like, 'Boss' daughter. No.'"
And Wettig admits she's enjoying watching Roxy try to win over her new colleagues.
She says, "This is the one downside that Rox just cannot get past. She is the boss' daughter, and it just makes her nuts."