Passion Pit Frontman Michael Angelakos Has 'Come Out' As Gay, Revealing He's Been Dealing With His Homosexuality For Years. 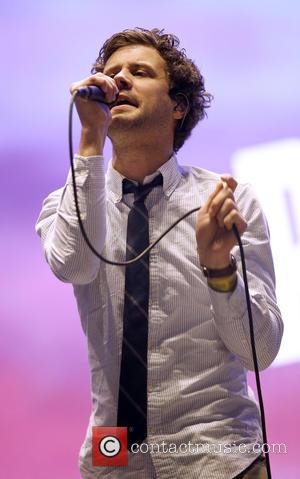 The 28 year old indie rock musician announced he and his stylist wife Kristy Mucci were divorcing after two years of marriage in August (15), and in a new interview with author Bret Easton Ellis - which aired on Monday (09Nov15), Michael claimed his marital troubles stemmed from his distorted view of himself.

"It's always been about putting it off in my head - not consciously," he said of his sexual preference. "When you’re teetering on the edge of heterosexuality or homosexuality and you don’t know what’s going on, it’s just so comfortable to keep coming back to what you know. That person’s not going to question you.”

The Little Secrets singer and his former partner Kristy have been through a lot together and she even rescued him from suicide in 2011, as he attempted to end his life by jumping out of an apartment window.

Michael has suffered from bipolar disorder for years, having first been diagnosed with the mental health condition as a teenager, but his repressed homosexuality offered different sets of problems for the star, especially as his marriage was ending.

"I just wanted so badly to be straight, because I love her so much," he explained. "I think that was one of the most painful things when we decided to separate."