Parts & Labor are a Brooklyn-based band with links to that borough's arty noise-rock scene. If the preceding sentence has generated any preconceptions about Constant Future, you should probably scrap them. It's not a daring album, or an experimental album, or an especially cacophonous, ear-drum-berating album. Instead, it's a rather inconsequential but undeniably fun alt.rock record; less Black Dice, more We Are Scientists. 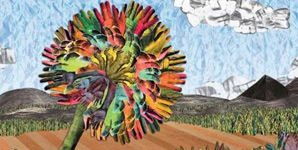