Suicidal Paris Jackson's family had told her she wasn't allowed to attend a rock concert: a decision that could have provoked her drastic actions. 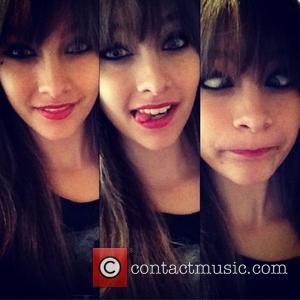 Picture: Paris Jackson posted this picture pulling faces on Instagram with the caption: 'the one on the far right side is soooo attractive'

She reportedly sliced her arm with a cleaver knife and took an overdose of painkillers after a relative forbade her from attending Marilyn Manson's rock concert in Los Angeles.

The 15 year-old daughter of Michael Jackson also rang a suicide hotline after she left a note to her family and was later found unconscious.

Debbie Rowe, Paris' mother, confirmed the suicide attempt saying the teen has "a lot going on" as the fourth anniversary of her father's death by overdose draws closer (25th June). Teen Paris is going through a turbulent time, regularly rowing with family members and suffering bullying as a result of re-surfacing claims about her father's child abuse, but reached breaking point after she was told she wasn't allowed to attend Manson's concert, according to The Sun.

Aspiring actor Paris, who lives with her legal guardian and Gran, Katherine, along with brothers Prince, 16, Blanket, 11, and her Gran's nephew, Trent "TJ" in a huge Calabasas ranch, seems to have turned to music to try to offset her melancholy moods, including Nirvana - she refers to guitarist Kurt Cobain, who took his own life in 1994 - as "Jesus", according to The Daily Mail.

Paris recently became a fan of 'Beautiful People' industrial rocker Marilyn Manson, who is known for a controversial stage persona involving shocking make-up and props. In May, she tweeted Manson, with a greeting: "Hey evil world" and wanted to attend one of his concerts but it seems Paris' guardians didn't approve of the alternative "goth" image that Manson exhibits.

After rowing with family member, Paris retreated to her room in tears and tweeted on Tuesday night: "I wonder why tears are salty," indicating her unhappiness.

Jackson is still recuperating after trying to take her own life, in a cry for help that is not believed to be an isolated event. Michael Jackson's death in 2009 hit Paris hard, sending her into a depression, an insider told Us Magazine: "She misses her dad constantly and has acted out."

If you've been affected by this story or are experiencing suicidal feelings, please visit the Samaritans website at Samaritans.org or Mind at Mind.org.uk. 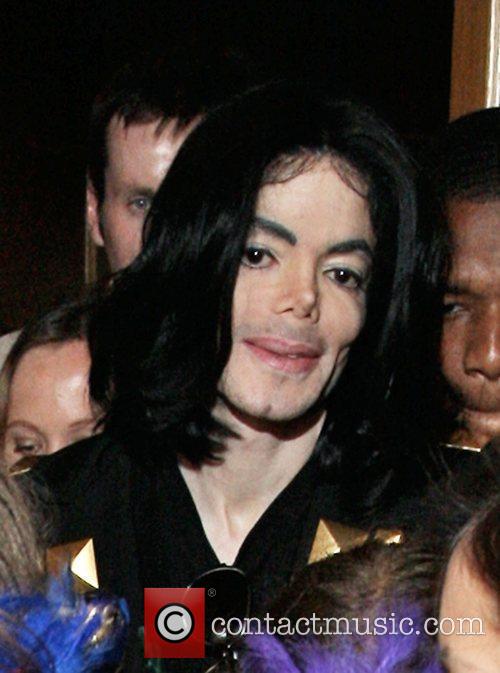 Paris' Father, Michael Jackson, Leaving A Medical Centre Before His Death In 2009. 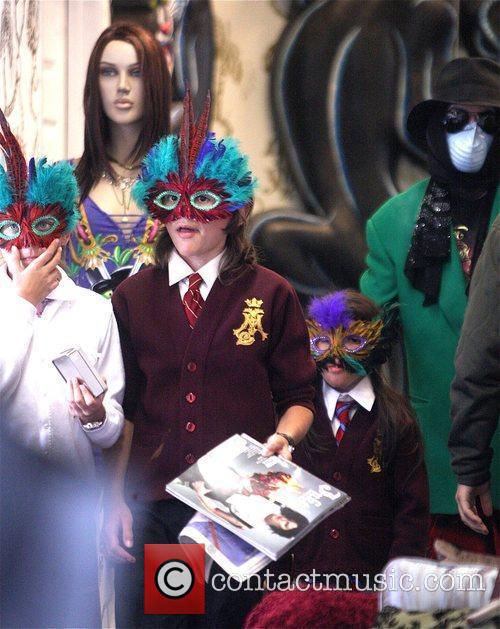 In
In A Bid To Protect Their Identities, Michael Jackson [R] And His Children Are Disguised.

Rock Chick Paris [Above] Is A Big Music Fan. 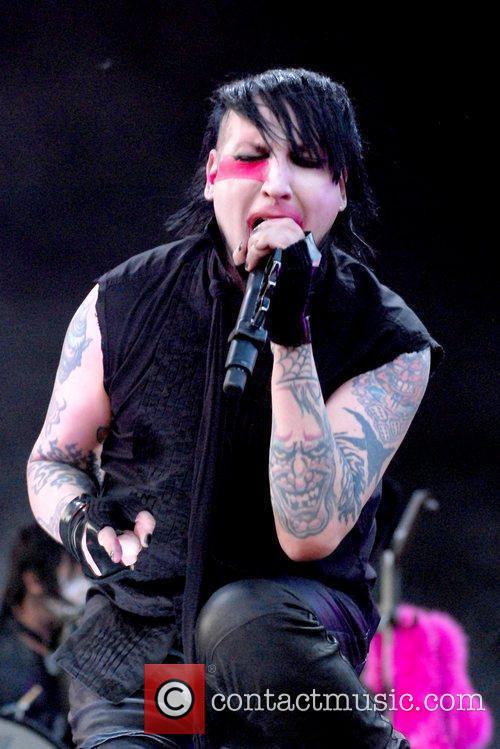 #
Rocker Marilyn Manson [Above]. Paris Jackson Was Not Allowed To Attend His Concert.