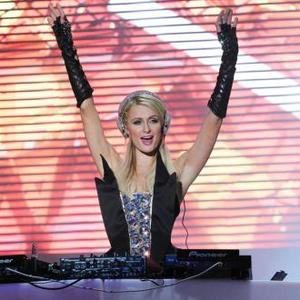 Paris Hilton was paid $1 million to star in a Korean pop music video.

The hotel heiress - who has herself released music in the past - shot a part in Malibu for Kim Jang Hoon, where she is seen in a bathing suit and heels and wondering around a beach in a flowing white gown in the two day shoot, for which she was paid the huge amount.

Kim's agency told X17Online.com: ''We considered several Hollywood stars, such as Jessica Alba, Scarlett Johansson and Paris Hilton, for the role of lead actress in Kim's new music video. But a survey conducted in Korea showed that Paris Hilton was the most well-known, so we chose her.''

Posting a picture of her with Kim, she wrote on twitter earlier this week: ''Love these pics of me & Kim Jang Hoon. Such a nice guy & funny too! Had a great time shooting with him! (sic)''

The video for the ballad, which has been shot in 3-D, is to be released on October 4.

Paris has recently ventured into new business areas recently, including her first men's fragrance, and she revealed she is keen to open her own hotel chain like her great-grandfather Conrad Hilton.

She said: ''I'm always working on building my brand. Next I want to be able to do my own hotels, nightclubs and restaurants. And I want to get more into real estate, which is my family heritage.''