It's tough enough settling on one Halloween costume idea for most people, let alone affording multiple outfits for different parties but this is apparently what heiress Paris Hilton has chosen to do, starting with a Miley Cyrus ensemble at Hugh Hefner's legendary Halloween Playboy Mansion party. 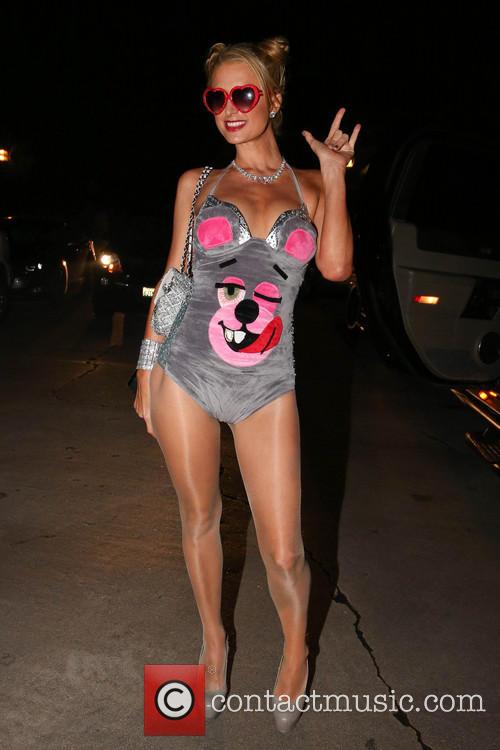 Though Paris, 32, is known to relish donning outrageous and revealing costumes each year, it looks like she's outdone herself in 2013 with a reported $5,000 spent on Halloween gear which will also include a custom-made jungle outfit like the one worn by Katy Perry in her 'Roar' music video, according to The Daily Mail.

Paris arrived at the mansion with her mother Kathy, her sister Nicky, who was dressed in the standard nerd attire of a school uniform and thick glasses, as well as her boyfriend, the 22 year-old Spanish model, River Viiperi, who turned up as an undertaker.

Fledgling pop star Paris stepped out of her limo dressed in Miley Cyrus' infamous MTV VMAs bear leotard with twisted buns in her hair and heart-shaped sunglasses, with the only real difference being her choice to opt for stiletto heels instead of Miley's creepers. Paris posed and twerked for the paps and was later seen with a foam finger similar to Miley's during her performance with Robin Thicke.

However, Paris wasn't the only one who turned up to the party dressed as the infamous teen twerker. Seems as though Hilton and Hugh Hefner's wife Crystal both decided they could rock Miley's teddy bear look, according to The Hollywood Reporter, which may have led to some awkward moments for the two blondes.

In addition to her Miley outfit and her Katy Perry costume, which we'll supposedly see after Thursday's festivities, Paris is also said to have splashed out on sexy fairy, princess and warrior costumes which she plans to wear throughout the week at various parties. We sincerely doubt that Katy and Miley will be going dressed as Paris for Halloween, and if they did their take would be probably nowhere near as flattering. 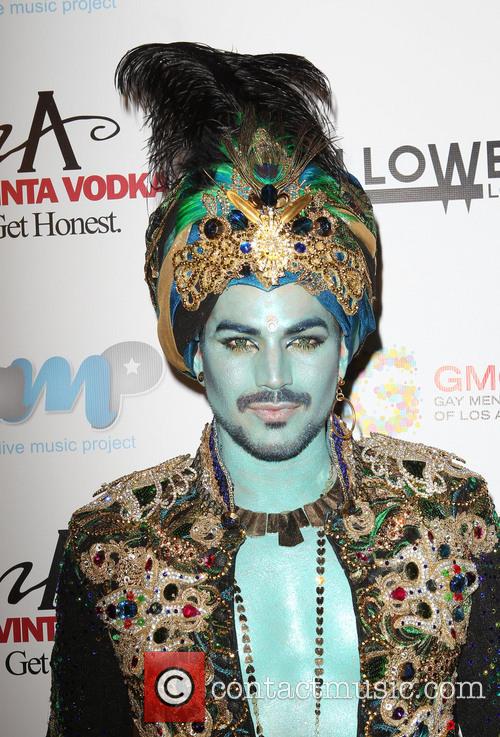 Other exciting outfits during the evening included Adam Lambert's mystical genie, Fergie and Josh Duhamel's incredible Day of the Dead outfits and Nicole Richie as the Danny DeVito half of Twins.