Paris Hilton has become less trusting as she has got older, after having previously let ''bad people'' into her life. 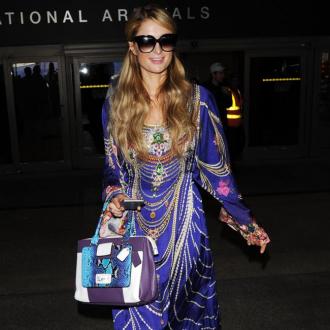 The 34-year-old heiress - who is dating businessman Thomas Gross - has become less trusting as she has got older because she has been betrayed in the past by people who didn't have ''good intentions''.

''I have now learned that you can't trust everyone and that not everyone has good intentions. My biggest regret is letting certain people into my life who were bad people.''

Paris shot to fame starring in reality show 'The Simple Life' alongside Nicole Richie and she thinks the programme has given people the wrong idea about who she really is as she was just playing a ''character'' in the series.

She told New You magazine: ''A lot of people don't know the real me....The Paris that they were introduced to over a decade ago on 'The Simple Life' is not who I am. That was just a character I was playing.

''The real Paris is a down to earth, sweet, real girl -- woman now -- who is a business woman and feels very proud...I have a really big heart.''

Paris is proud to have not had cosmetic surgery and, even though she was refused wrinkle-smoothing Botox treatments by her doctor, she thinks she looks younger than her friends.

She said: ''I am very lucky that I have listened to my mom through my young age. She told me to stay away from the sun, so my friends would be frying in the sun every day and now they all look much older and all have Botox.

''I even asked my dermatologist if I should do it and he's like, 'I refuse to do it to you...Your skin is perfect. I will not do it to you until you need it and I don't know if you ever will.'

''I am happy with that. I have nothing against it; all my friends have done everything--boobs, nose, chin, cheeks. I live in Hollywood so I'm used to seeing it. It's just that I've never wanted to do it.''