Paris Hilton The Company The Hair

Paris Hilton has filed a countersuit against The Hair extension company which is suing her for $35 million, accusing them of fraud. 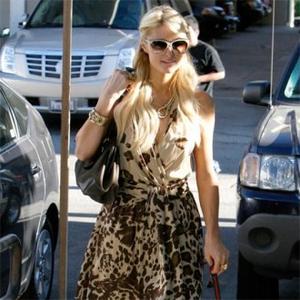 Paris Hilton is countersuing The Hair extension company which filed a lawsuit against her in August.

The hotel heiress was reportedly paid $3.5 million by Hairtech International in 2007 to be the face of their Dream Catchers range of clip-in locks but is being sued for $35 million after allegedly failing to promote the product and wearing extensions made by a competitor.

Now Paris has filed her own suit and is asking for is asking for $2.1 million in damages, at least $400,000 in punitive damages and attorney fees, and $500,000 in declaratory relief.

In documents filed at Los Angeles Superior Court the socialite's lawyer alleges Hairtech International "sought to capitalise on Ms. Hilton's brand and fame by offering to pay substantial 'guaranteed' royalties in exchange for the right to associate Ms. Hilton's brand with their line of hair products".

Paris is also accusing The Company of fraud claiming they failed to pay her "in excess of $1.7 million," and accusing them of "secretly altering documents presented to Ms. Hilton's company for signature".

Along with countersuing the hair extension company, Paris denies she was unprofessional and claims the company's CEO Chris Volek wrote her an email praising her performance after she filmed a commercial for the company.

According to gossip website TMZ, the email said "Hey Paris. I know it was a long day, but baby you 'Rocked.' Just from the takes I saw this is going to be one hellava commercial, you were genuinely amazing."