Paris Hilton has become paranoid about who to trust and worries about being attacked due to traumatic events in her past. 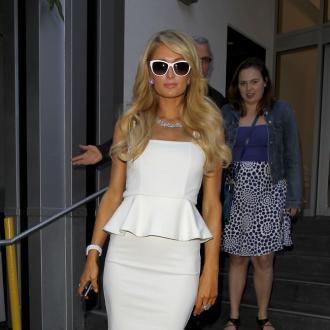 The blonde socialite claims her faith in human nature has been lost since she was targeted by the thieving Bling Ring gang in 2008, who repeatedly let themselves into her Los Angeles home while she was out, and was later confronted by a knife-wielding stalker in August 2010 as he tried to break into her mansion.

Paris admitted to being constantly on the lookout for a potential assassin, telling the Sunday Times newspaper: ''I fear someone coming up behind me or out of the crowd''.

Asked what she would tell her younger self, she admitted: ''Be less trusting. There are people close to you who will use you up. Now I don't trust many outside my family. I suspect they are after something from me.''

While the hotel heiress - who is currently loved-up with Spanish model River Viiperi - has been permanently shaken by the events, she is adamant she won't move house and has simply upped her security.

She sighed: ''I hate being here alone, but now we have lasers and pressure-pad alarms and full-time armed guards. And I will not be driven out of my home by these events.''

The 32-year-old star - who rose to fame alongside Nicole Richie on 'The Simple Life' in the early 2000s - also lamented the current state of reality TV and is worried her former show is to blame.

She said: ''That child is in a terrible place, with those relatives grabbing money around her. I feel bad that the early reality TV shows, which I was part of, have turned into that... that horror show.''