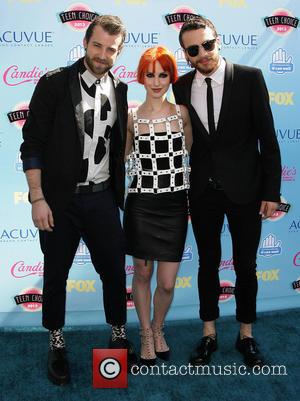 Rockers Paramore are set to hit the high seas with Tegan & Sara on the inaugural Parahoy! Cruise next spring (Mar14).

Paramore singer Hayley Williams confirmed reports suggesting her band was the latest to plan a festival at sea on Thursday (22Aug13).

The five-day event will depart from Miami, Florida on 7 March (13) and sail to the Caribbean.

They won't be the only cult rock act inviting fans to join them on a cruise next year - Weezer set sail with Cat Power and Toro Y Moi in February (14).

Acts are set to be added in the coming weeks for both at-sea events.