Soul singer Solomon Burke passed away from natural causes aged 70 on a flight from Los Angeles to Holland yesterday (10.10.10). 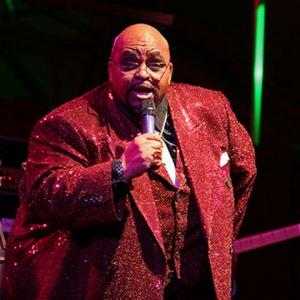 The 'Everybody Needs Somebody To Love' singer died of natural causes yesterday (10.10.10) on a flight from Los Angeles to Holland, where he was due to perform.

He was found by airline staff as they landed at the country's Schiphol airport.

A statement from Solomon's family read: "Solomon had just arrived at Schiphol Airport in Amsterdam, the Netherlands for a sold out show at Paradiso with Dutch band, De Dijk.

"He was on his way to spread his message of love, as he loved to do.

"This is a time of great sorrow for our entire family. Although our hearts and lives will never be the same, his love, life and music will continue to live within us forever."

Solomon was born in Philadelphia and started his career as a preacher - something he did part time until his death - before singing a record deal in the 60s.

Although he never quite broke into the mainstream as a performer such as other contemporaries Sam Cooke and Marvin Gaye, he was hugely influential. Solomon's song 'Everybody Needs Somebody To Love' was remade by both Wilson Pickett and The Rolling Stones, but most famously used in the film 'The Blues Brothers', by John Belushi and Dan Akroyd.

Another of his songs 'Cry To Me', was used in a pivotal scene in 'Dirty Dancing' starring Patrick Swayze, and was more recently covered by singer Duffy.

Solomon was inducted into The Rock 'n' Roll Hall of Fame 2001 and he won the Grammy for Contemporary Blues Album in 2002 for his album 'Don't Give Up On Me'.

In recent years Solmon had suffered health troubles, and the 420lbs singer had been confined to a wheelchair for some time.