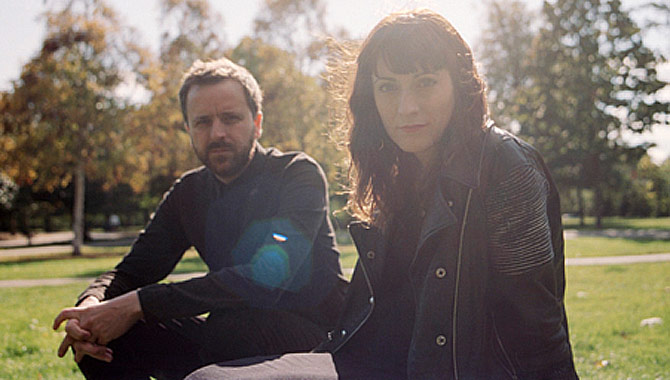 An Interview with Paper Aeoroplanes

Welsh duo Paper Aeroplanes consist of Sarah Howells and Richard Llewellyn. Their 4th studio album JOY was released in the UK in May this year to some acclaim. Labelled as Alt folk, singer Sarah Howells has one of those voices that is impossible to ignore. They have sold out many iconic venues across Europe including London's Union Chapel, Hamburg's Prinzenbar and Whelan's in Dublin. The band are currently on tour in Germany and we caught up with Sarah prior to their gig in the home of the Pied Piper, Hamelin.

CM: For readers that maybe haven't come across you before, tell us a bit about Paper Aeroplanes.
SH: There's me and Rich, I live in London and Rich is based in Cardiff. I guess Cardiff is kind of our spiritual home. We've been together since about 2009 I was still at school and Rich stepped in to cover for my bands bass player, we've been playing together since. Paper Aeroplanes have been compared to people like Lara Marling, Fleetwood Mac and Civil Wars even a bit of Taylor Swift!

CM: Have you always been a duo?
SH: Rich and I have always been the centre of the band, it's always been our baby. We do have other musicians play with us though, particularly when we tour. Our current drummer has been with us for a long time.

CM: You're currently on a 10 date tour of Germany, as regular visitors to these shores, what is it that keeps you coming back?
SH: The audiences here are really receptive to our music and seem to get what we do. I get the impression that the music here is important, by that I mean that audiences come to see us because they like the music, not because they were going for a drink and we happened to be playing. Very rarely do you see anyone talking over the music, they're very respectful. That's not to say that they come to see us because they all know who we are. A lot will never have heard of us but they are interested in what's going on and interested in new music. Even the venues here are great, they like to look after you.

CM: You have been labelled as Folk artists, in my view there is a bit more to it than that. Are you happy to be labelled or is it something you don't pay much attention to?
SH: I think Folk has become a more modern and a popular genre, especially in the UK. The word Folk now has many different connotations, it doesn't mean you wear woollen jumpers, smoke a pipe and play old songs that have been passed through the generations, we have never done that, ever! I think labels are just a quick way for people to get an idea of where you fit in.

CM: Album No 4 was released earlier this year and received some great reviews. Do you have a method when it comes to writing your material?
SH: With me living in London and Rich being up in Cardiff we tend to write separately. When we have a bunch of ideas we will get together and kind of mix them up. We don't really have a specific method though. I mean at the moment Rich is doing quite a bit of writing whilst I have laid off. When the time feels right I will start again. When we are recording we like to change things every time. We'll use different places, we'll produce ourselves or maybe get someone in. Recording JOY was the first time we picked a producer ourselves.

CM: The new album JOY differs from the first 3 albums, I can't put my finger on exactly how, can you explain what makes it different?
SH: It's almost certainly because we had Mason Neely producing it and he was so heavily involved in the process. We've had other people record us in the past, you know, pressing the buttons and stuff. This time though, Mason was really integral in selecting the sound and even played some of the parts, adding beats and so on. We allowed ourselves to be a lot more freedom this time and not worry about how we would reproduce the sound live. Kind of approached it from a different angle than we had done in the past. There's also the fact that none of the tracks are acoustically led, which is also something new for us.

CM: Are there any tracks on JOY that stand out for you.
SH: I haven't listened to it for ages but I really like Placebos, probably the saddest track on there. I also like Emily, which is also pretty dark.

CM: Over 20 gigs across Europe since May predictably many around your home area were sold out (Bangor, Cardiff, Swansea) which must be a great feeling?
SH: It is fantastic. Playing anywhere in Wales is sort of like a homecoming and it's a good feeling knowing you have a fan base. Another particularly big event for us this year was selling out the Union Chapel in London. That was a big surprise and sort of a milestone.

CM: How has 2015 been for Paper Aeroplanes?
SH: It's been a fantastic year for us. We played SXSW and NXNE in Canada, which was exciting to find that we had friends so far away. Releasing JOY was a huge part of the year and we've been nominated for the Welsh music prize. We also supported our good friend Jamie Lawson on tour. He works so hard and it was great to be a part of his celebration.

CM: What are your plans for 2016?
SH: We're easing off for a few months rest after these dates. To be honest we have literally nothing planned at the moment, less a few dates later in the year. We'll work on some new materiel I expect. It's a bit strange for us as we normally plan well ahead, but this time we're kind of enjoying the fact that we don't know what's next. 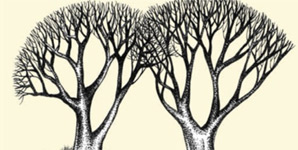 Paper Aeroplanes - We Are Ghosts