Papa Roach are preparing to release their ninth studio album 'Crooked Teeth' this Spring, as they also gear up to embark on a series of tour dates next month. They have already dropped two singles from the record: the title track and US Mainstream Rock chart hit 'Help'.

Recorded in North Hollywood and produced for the most part by Nicholas 'RAS' Furlong and Colin Brittain, 'Crooked Teeth' follows the California rockers' 2015 album 'F.E.A.R.' which reached the top 20 in both the US and the UK. It's also something of a return to their original sound. 'The first time we met up with RAS and Colin, they said that 'Infest' was on constant rotation when they were growing up and they wanted to bring back some of that fire', says frontman Jacoby Shaddix.

Papa Roach hit headlines this week over a hilarious rumour that Speaker of the United States House of Representatives Paul Ryan blasted out the band's famous debut single 'Last Resort' in his car after suffering a staggering defeat over the proposed repeal of the Affordable Care Act.

This was, of course, not true - mainly because if he was going to listen to any of their songs it would be their latest single 'Help'. Released last month, not only are the lyrics highly appropriate for his predicament, but it's also a stellar tune full of soaring angsty vibes that you definitely want on repeat.

The song has had over 4 million streams since its release, and both 'Help' and the title single, which was released in November, will be available as instant downloads for all who pre-order the new album. 'Crooked Teeth' the single is quite the classic Papa Roach sound of the early 00s; in fact the whole album is a perfect amalgamation of all their sounds since their 2000 major label debut 'Infest'. 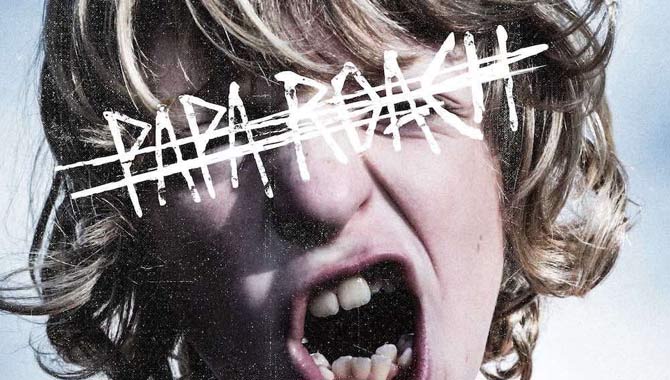 'This collection of songs was really about bookending everything that we've done prior to this album and reintroducing Papa Roach to people who didn't realize the depth that we have', says drummer Tony Palermo. The record also features some special guests in the form of Skylar Grey and Machine Gun Kelly, who worked on the tracks 'Periscope' and 'Sunrise Trailer Park' respectively.

Papa Roach have a few tour dates coming up that will see them perform at festivals the likes of Matapaloz Festival in Germany, River City Rockfest in Texas, Rock on the Range in Ohio and Fort Rock in Florida. Between April 11th and April 14th, they'll be joined by supporting band Sum 41 in Canada.

'Crooked Teeth' is set to drop on May 19th 2017 through Eleven Seven Music.