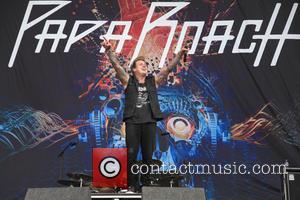 Papa Roach frontman Jacoby Shaddix has cleared up reports suggesting he was given herpes by an uncle when he was a child, insisting he made the comment in jest.

The rocker stunned fans back in August (14) when he told the tall tale to Hit The Floor magazine after being quizzed about his first kiss.

He replied, "My first kiss was when my uncle kissed me and he gave me herpes. It was terrible. Anybody else got herpes? Yeah, you do. Don't lie to yourself. I know you got it."

His comments went viral, but Shaddix has now set the record straight, admitting he does have the oral virus, but was just joking about contracting the disease from his relative.

Speaking to Revolver magazine, he explains, "I was just f**kin' around. I was doing press in a tent full of about a hundred people, and I'd been asked about a hundred retarded questions. So I just started taking the p**s out of it and it (the herpes answer) got picked up as a headline."

He continues, "I do have herpes, but I did not get it from my uncle... I've had it since I was a kid. Just cold sores, know what I'm saying? It sucks, though - I've had it my entire life."

The whole herpes incident has since made Shaddix think twice before speaking so freely to the media.

He adds, "One thing I've learned is that you've gotta watch what you say in the press. I've been doing this for years, but you get caught slipping one time and it's, 'Oh, god. That's the headline?!'" 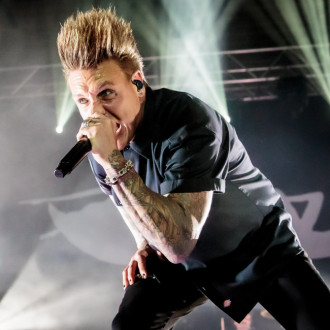