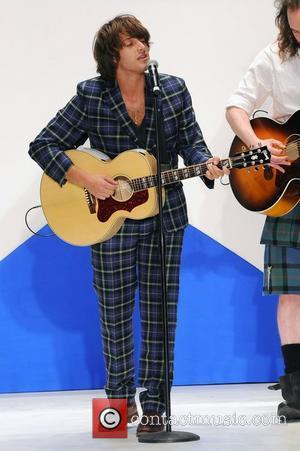 Singer Paolo Nutini has vowed never to flee his native Britain to live as a tax exile abroad.
The Scottish star refuses to complain about paying high income rates after former Formula One racer Sir Jackie Stewart revealed to him how much he handed over to the U.K. government in the 1970s.
Nutini tells Scotland's Daily Record, "It wasn't long ago I had the utmost pleasure of sitting with Jackie Stewart one evening. Nick Mason, from Pink Floyd, was there as well. These sportsmen and celebrities were talking about paying more than 90 per cent tax back in their heyday.
"So I realised it could be worse. While I do fancy some sunshine, I would not consider being a tax exile at all."
And the Last Request hitmaker feels it is his duty to give back some of his earnings to help fund public services he has depended on in the past.
He adds, "I don't mind paying tax. It's not a great thing, but somebody paid for me to go through school and somebody paid all my doctors' bills."