Panic At The Disco - Live Review 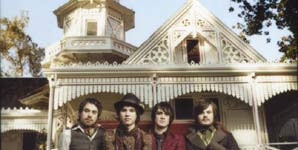 It is an indication of their position at the forefront of the emo genre that the crowd for tonight's performance from this Sin City band is made up mainly of mid-teens trying their hardest to dress 'alternatively'. They may have been away for a while, but Panic At The Disco have clearly not been forgotten.

Having established a reputation for a visually stunning show, it comes as a surprise to see the stage with minimal decorations as the house lights are dropped in anticipation for the quartet's arrival. Upon bursting into the deliberately stuttering new track "We're So Starving", it becomes apparent that they have in fact brought along enough flashbulbs to illuminate the Vegas Strip, the band are constantly in silhouette due to the blinding optics behind them. New single "Nine In The Afternoon" has clearly been taken to by the Panic-fanatics as it is belted back to the band at such volume that Brendon Urie could give up lead vocals, while other new tracks unveiled such as "That Green Gentleman" have a mellower tone that show the group have evolved from the music that brought them success.

While applause is polite for the debuting material, reaction to cuts from first album "A Fever You Can't Sweat Out" is positively hysterical, like the greeting of long-lost friends. Jubilant dancing and singing accompanies the likes of "Lying Is The Most Fun.", while breakthrough hit "I Write Sins Not Tragedies" allows Urie to impress with surprisingly strong vocals. A solo acoustic rendition of "Time To Dance" stands out as a highlight and perhaps the only minor sour note is ending with "Mad As Rabbits". Lacking an instant impact, it means the audience don't get to finish with a final burst of energy and instead observe politely. Nevertheless, PATD are in good form and they look set for another successful campaign with album number two. 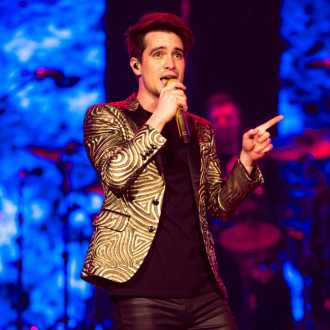