Childhood: Pamela Courson was born in Weed, California. Although she performed well at school as a child, she was caught truanting when she hit junior high. She attended Orange High School, which she hated and her grades gradually fell. Courson got an apartment with a friend in Los Angeles at the age of 16. She was rumoured to be the subject of the Neil Young song 'Cinnamon Girl'. She allegedly studied art at Los Angeles City College.

Career: Pamela Courson briefly owned a fashion boutique called Themis, which was bought for her by Jim Morrison.

Personal life: Pamela Courson began dating Jim Morrision in 1965 after meeting at the nightclub The London Fog on the Sunset Strip. Their relationship was marred by frequent arguments and infidelity. Following Morrison's death of a heart attack in 1971, she inherited his entire wealth. However, she was far from happy, frequently using heroin and becoming gradually mentally unstable. There are rumours that Courson even prostituted herself at this time in order to find her lifestyle. Pamela Courson died following a heroin overdose on April 25 1974. Courson's parents wanted her to be buried next to Morrison at the Père Lachaise Cemetery in Paris, however due to legal reasons, her ashes were instead buried at Fairhaven Memorial Park in Santa Ana, California, in a cardboard box. Courson's parents inherited her fortune several months after her death. Morrison's parents later contested the Coursons' executorship of the estate, leading to additional legal battles. 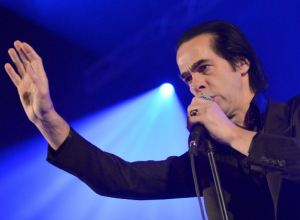 If you're struggling to express your feelings, finding it difficult to choose a gesture, a gift or even a card for the object of your desire then...