Pamela Anderson Wanted Jackson To Propose To Her

Pamela Anderson had a crush on Michael Jackson when she was growing up and dreamt of marrying him. 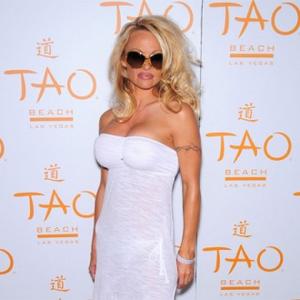 Pamela Anderson was "crushed" when Michael Jackson failed to propose to her.

The former 'Baywatch' babe had a huge crush on the 'Thriller' singer â who died in June 2009 â when she was growing up and was convinced he would pop the question when they met.

She said: "I was star-struck by Michael Jackson. I dreamt of marrying him when I was little and when he met me he didn't ask me â I was crushed"

Pamela â who has two sons, Brandon, 15, and 12-year-old Dylan, with ex-husband Tommy Lee â no longer has a celebrity crush and likes men who are confident within themselves and their career, especially if they're in the showbiz world.

In an interview with Britain's OK! magazine: "I'm attracted to people who are confident. They are who they are and don't bed for the media. They have added an element of caring to their careers. A handful of solid spirits in this industry."

The blonde beauty is single at the moment but doesn't think her success puts men off from asking her out.

She added: "I'm an assertive female. I know what I want. There's no question."