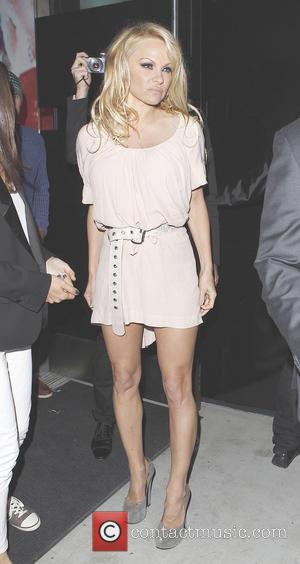 Actress and animal rights activist Pamela Anderson has written a letter to the head of a luxury London department store urging him to remove foie gras from the shelves.

The former Baywatch star is appealing to Fortnum & Mason's chief executive, Ewan Venters, in a bid to ban the sale of the controversial pate, which is made from the engorged livers of force-fed geese, and has even offered to buy the store's existing stock to speed up the process.

Anderson, who is backing an ongoing campaign by People for the Ethical Treatment of Animals (Peta), writes, "I am pretty tough, but watching this disgusting process brought me to tears... I love the U.K. and its reputation as a nation that opposes cruelty to animals. That's why I'm stunned that Fortnum & Mason sells a product that involves one of the cruellest practices in the world.

"Please Mr. Venters, have a heart and remove foie gras from your shelves. If you promise to end the sale of this horrible product, I'll even purchase all your remaining in-store stock of foie gras..."

The actress is not the first star to oppose foie gras sales at the high-end store - Black Sabbath star Geezer Butler and James Bond actor Sir Roger Moore have previously urged fans to boycott the shop until it stops selling the product.