Pamela Anderson Is Selling Off The Engagement Ring Her Poker Player Ex Rick Salomon Gave Her When He Asked For Her Hand In Marriage To Benefit Her Charity Foundation. 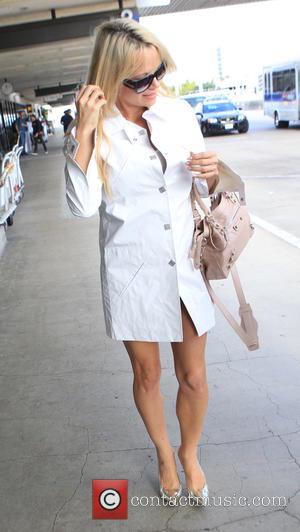 The former Baywatch star wed Salomon in 2007, but the union was annulled two months later. They rekindled their romance in 2013 and Anderson confirmed in January, 2014 she and Salomon had remarried. She filed for divorce in July (14).

Now, five months after the divorce was finalised, the actress and model is auctioning off one of the last mementos from her marriage.

She tells People.com, "I hope this very special Tiffany engagement ring can bring joy to someone while I put the donation to great use. One hundred per cent of funds raised will go to The Pamela Anderson Foundation, which is dedicated to human, animal and environmental rights.

"This will mark the launching of my foundation's new eBay charity store, where there will be signed books, magazines and more memorabilia."