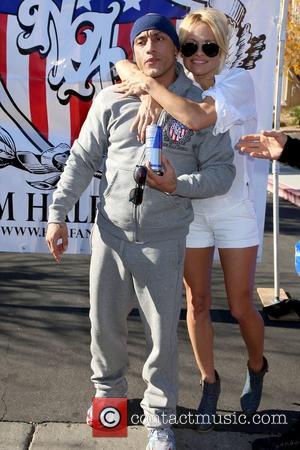 Pamela Anderson’s financial debt is catching up with her.

The 42-year-old actress is estimated to owe about $1.1 million for various services. Most notably, the renovations of her home in Malibu have put her in massive amounts of debt to a few construction companies. Several of them have filed claims against her, the largest being $674,043 for "labor and materials ... to remodel main house, construct swimming pool, construct foundations for guest house." This debt doesn’t include the taxes she owes the state, which amount to $252,360.39, according to People. The former Baywatch actress seems to have some trouble finding well-payed work, as her recent reality show appearances haven’t been all that beneficial. In the last year, Anderson has participated in Big Brother, Dancing with the Stars: All Stars, and even the Bulgarian VIP Big Brother. She is also reportedly in talks for appearing on the British Dancing on Ice.

This isn’t the first time Anderson has racked up this kind of debt, and the professional reality show contestant is certainly no stranger to the IRS knocking at her door. According to Channel 24, in 2009, her debt reached the stunning total of $1.7 million dollars, managing to land her on California’s “Top 500 Delinquent Tax Payers”. Anderson will have to do a whole lot of dancing to get out of this kind of financial trouble.