Anderson has visited the Wikileaks fugitive on numerous occasions in the last few months.

The Canadian-American actress and activist, 49, wrote the rather bizarre piece as the latest post on her personal blog this week on Monday (April 24th), titled ‘I Like How You Resist Me’.

In it, she addressed the current state of international politics and urged new U.S. president Trump, British prime minister May, and whoever ends up being president of France to take inspiration from her, citing her friendship with the fugitive Wikileaks founder Assange.

Pamela Anderson has been romantically linked with Assange

The ex-‘Baywatch’ star, who is enthusiastic and outspoken on humanitarian issues, has been rumoured to have been in a relationship with Assange for the last few months, although she has denied this.

“Things that the USA and UK bring to the relationship are bad secrecy laws,” she continued. “Keeping Julian illegally detained. Hating transparency and bombing countries. It is dysfunctional and unequal, this relationship to date.”

Later, she described Assange as an “extremely empathetic” person, who “cares deeply about the world”. She is thought to have visited with him at least nine times in the last half a year. 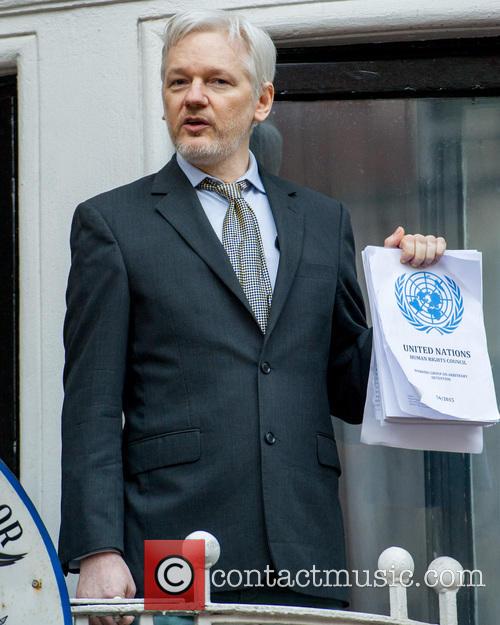 Australian publisher Assange, 45, has been living in a room in the Ecuadorian embassy in London’s Knightsbridge for over five years on the grounds of asylum, in order to escape extradition on a sexual assault charge he’s wanted for in Sweden. He fears he will also be extradited to the US, where he is wanted in connection with the leaking of classified information via Wikileaks.

More: That didn’t last long! Playboy is going back to featuring nude models