Pamela Anderson has reportedly joined the cast of the Baywatch movie re-make, heading back to where it all began for her, despite recently claiming she wasn’t interested in TV remakes.

The movie’s primary star Dwayne ‘The Rock’ Johnson shared an Instagram picture of himself posing with the iconic model, whose career took off with the hugely popular beachside drama series in the late ‘80s.

“We couldn’t have made this movie without you. Welcome home. Thrilled you had a blast with us!,” the actor wrote in the caption. 48 year old Anderson is therefore the second actor from the original series to sign on to appear in some capacity in the forthcoming movie re-make, set for release on May 19th, 2017. 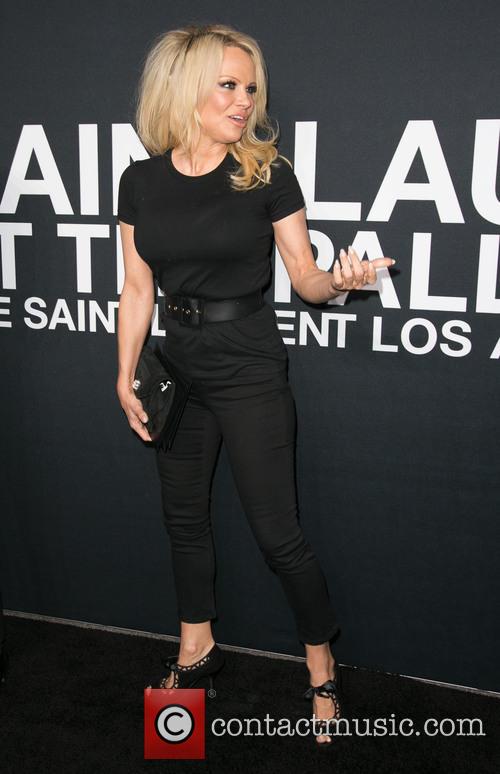 David Hasselhoff has already been confirmed as making a cameo appearance, but apparently not as his original character of Mitch Buchannon. The same will apply to Anderson, as Kelly Rohrbach has already been cast in her original role of CJ Parker. Other roles are to be filled by Zac Efron, Alexandra Daddario and Priyanka Chopra.

Anderson’s decision is in contrast to comments she made only last month to Harper’s Bazaar, where she said she wasn’t a fan of reviving old TV shows, either for more series or for the big screen.

She introduced the world to "CJ Parker" and became one of the most iconic characters of a generation - for the most successful TV show of all time. A pleasure to welcome (as gorgeous as ever) Pamela Anderson to our #BAYWATCH cast. We couldn't have made this movie without you. Welcome home. Thrilled you had a blast with us! #BAYWATCH MAY 19, 2017. #PamAnderson #OS #OriginalSmokestack

“They called me and asked me to be in it, but I haven’t decided yet,” she said when asked about the planned re-boot of the beloved series. “I don’t like remakes of TV shows and I kind of want to leave it as is and be remembered for that. I don’t know if I want to go on Baywatch and be, like, the old lady working at a counter somewhere.”

Directed by Seth Gordon, who was in charge of Horrible Bosses (2011) and had an executive production role on Pixels, the re-make will introduce a new generation of L.A. lifeguards, and is billed as “edgy, raunchy and hopefully funny as all hell”.