Pamela Anderson has called for a bill to protect bullfighting to be rejected, branding the activity - popular in Spain - ''cruel'' and belonging ''to the dark ages''. 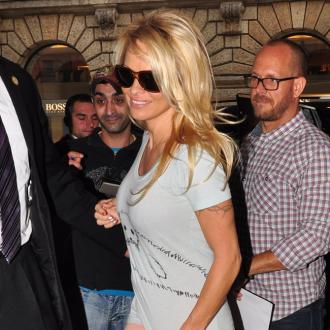 Pamela Anderson has called for a bill to protect bullfighting to be rejected.

The former 'Baywatch' actress is a keen animal rights campaigner and has written a letter to the Spanish senate urging them to vote against proposed legislation that would grant the pursuit ''cultural heritage status'', arguing the ''cruel'' blood sport - a national activity of Spain - ''belongs to the dark ages''.

Pamela - a well-known member of PETA (People for the Ethical Treatment of Animals) - wrote: ''Tormenting bulls for entertainment belongs to the Dark Ages, not the 21st century. Please take a compassionate stance against this cruel pastime by rejecting the bill to protect bullfighting. I guarantee that you will win the hearts, including mine, of citizens around the world.''

Pamela slammed the spectacle as unentertaining and can't understand why the legislation has been proposed when so many Spanish citizens are against it.

She also wrote: ''I have spent my career entertaining people, but I know that there is nothing remotely entertaining about stabbing bulls to death in bullfighting arenas. Despite the history of bullfighting in Spain, times and sensibilities have changed, and millions of Spanish citizens have signed petitions to ban bullfighting across the country. In fact, 76 percent of Spaniards say that they have no interest in bullfighting, according to a recent poll.''

Five animal-protection organisations - Humane Society International, World Society for the Protection of Animals, CAS International, League Against Cruel Sports and PETA - together with the platform Torture Is Not Culture are encouraging senators to block the proposal and they have previously presented a #LoveSpainHateBullfights petition to politicians in Madrid.