Pamela Anderson is auctioning off her engagement ring from ex-husband Rick Salomon in a bid to raise at least $100,000 for her foundation. 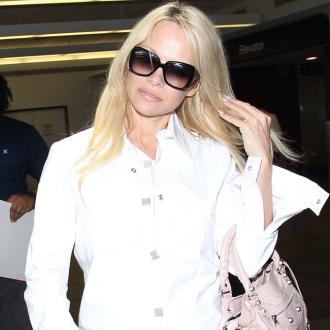 Pamela Anderson is auctioning off her engagement ring for charity.

The 48-year-old actress, who split from ex-husband Rick Salomon for the second time in February, hopes to raise at least $100,000 for her self-titled foundation by selling the 3.24-carat brilliant cut diamond he proposed to her with.

The former 'Baywatch' star told PEOPLE.com: ''I hope this very special Tiffany engagement ring can bring joy to someone while I put the donation to great use. One hundred percent of funds raised will go to The Pamela Anderson Foundation [dedicated to human, animal and environmental rights] and this will mark the launching of my foundation's new eBay charity store, where there will be signed books, magazines and more memorabilia.''

Pamela and Rick first tied the knot in 2007 but had their marriage annulled two months later. They secretly remarried early last year before pulling the plug on their relationship for the second time and finalising their divorce in April.

The blonde beauty recently vowed to remain single until Christmas, but intends to date multiple men next year.

She said: ''I've said to myself I won't date anyone till after Christmas. Then, watch out!''

The actress was also previously married to rockers Kid Rock and Tommy Lee, whom she still considers the love of her life

She previously said: ''Tommy was the love of my life. But we're good friends now.''