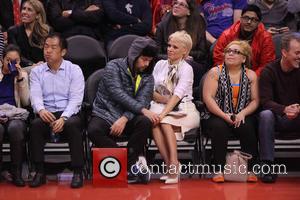 Picture: Pamela Anderson and Rick Solomon - Wednesday February 5, 2014; Celebs out at the Clippers-Heat game. The Miami Heat defeated the Los Angeles Clippers by...

Austin Abrams and Sasha Pieterse have already signed on to star in the adaptation of DBC Pierre's Booker Prize-winning novel, and now Herzog is keen to swell the cast with unlikely stars.

According to The Hollywood Reporter, Tyson has been tapped to play an axe murderer in the film, and Brand a newspaper reporter.

Abrams will play the title character, who finds himself caught up in a police investigation when his best friend murders their classmates.

Mexican movie stars Diego Luna and Gael Garcia Bernal are among the producers of the film.