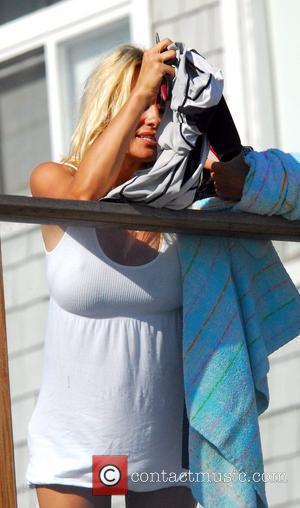 Pamela Anderson is dating a professional poker player after he offered her an 'indecent proposal' during an unlucky night in Las Vegas. The actress/model, who is in Sin City as the star attraction of illusionist Hans Klok's stageshow, reveals she was "down" $250,000 (GBP125,000) in a poker game when the card shark offered her the chance to wipe her casino debt clean in return for sex. Anderson is refusing to name names, but she says, "He said if I made out with him that I could clear the thing. "A couple of days went by and he followed me around like a puppy dog... I ended up paying off my debt... It worked out, I liked it... I paid off a poker debt with sexual favours and fell in love. It's so romantic. "It was the first time I had played poker, obviously... He took advantage of me... We're in love, this is nice. He's a good guy."