Anjelica Huston, Joaquin Phoenix And Pamela Anderson Are Among The Stars Who Are Demanding Ringling Bros. Officials Immediately Cease Using All Exotic Animals In Their Circus Acts. 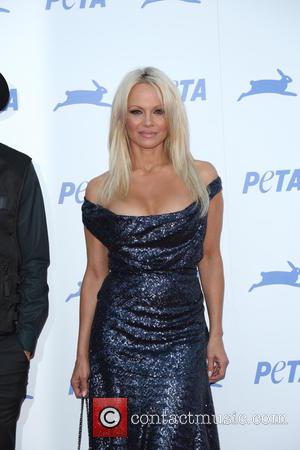 Fellow actors and animal lovers Alicia Silverstone, William H. MACy, Jason Biggs, George Lopez and Emily Deschanel have also joined forces with People for the Ethical Treatment of Animals (PETA) bosses to call for action. They have all signed a petition urging Ringling Bros. chiefs to reconsider their vow to retire elephants from all their shows by 2018, insisting all exotic species should be sent to a sanctuary now.

A petition promoting the cause was circulated at PETA's star-studded 35th anniversary party in Los Angeles last week (30Sep15) and Huston is adamant change needs to happen now.

In a statement released to WENN, Huston says, "Animals have complex languages, they use tools, they think about the future. But there's one thing they don't do. In all of recorded history, no animal anywhere has ever dreamed of running away to join the circus."