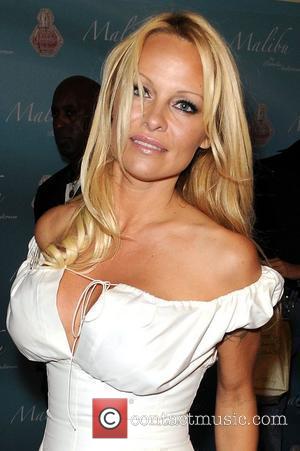 Pamela Anderson has opened up about her drug-taking past, insisting she gave up cocaine because she didn't get a buzz from it.
Anderson made the shocking confession during a TV interview with British talk show host Jeremy Kyle on Wednesday (18Nov09).
The former Baywatch star admits she has "dabbled" in illegal substances, but she's adamant cocaine is the strongest drug she's tried and she soon gave up the habit because she didn't like the effects.
She says, "Well I've tried it (cocaine) and I don't like it. I'm completely hyper and it actually doesn't work for me. I've dabbled in things."
Anderson also revealed she's quit drinking, because alcohol brings out her wild side.
She adds, "I haven't had a drink in a month, I don't drink. Champagne - sometimes I'll drink it and I'll get a little crazy, doing back flips and, you know, wrestling people on the floor. But I'm taking a break right now, my friend calls it 'detox so you can retox'."