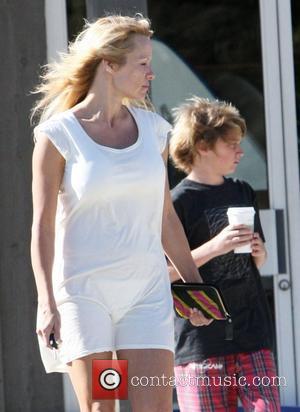 Actress Pamela Anderson is suing her former boyfriend for $1 million (£666,667) for allegedly failing to honour his pledge to build a Las Vegas condo for her.
The former Baywatch star filed a lawsuit in Los Angeles earlier this week (beg07Feb11) claiming she made a deal with her former partner, real estate entrepreneur Laurence Hallier, in 2006 while she was in a relationship with him.
Anderson alleges she agreed to promote his Las Vegas Panorama Towers development in return for one of the properties for free. She also claims Hallier agreed that if the apartment wasn't built in time, he would hand over $1 million (£666,667) in cash to her, reports TMZ.com.
The beauty is now seeking the money after Hallier allegedly failed to build her apartment.