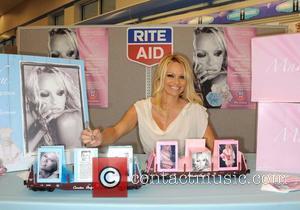 Pamela Anderson is planning to buy two new properties in England after falling in love with the country during her stint on a London stage over Christmas (09).
The actress performed as the Genie in Aladdin, a traditional pantomime over the festive season, and became so enamoured with the U.K. capital she's planning to invest in a city property.
And the Baywatch beauty also wants to splash out on a home by the sea.
Her agent Toby St Just tells Britain's The Sun, "Pammy loves it in England and is looking at buying two houses, one in London and one by the sea. She has a real affection for the place and would love to have somewhere she can call home."
Anderson is currently living with her sons in a trailer park while renovations to her California home take place - and is facing a series of lawsuits from bosses of five construction firms who allege the blonde hasn't paid them for their work on the project.