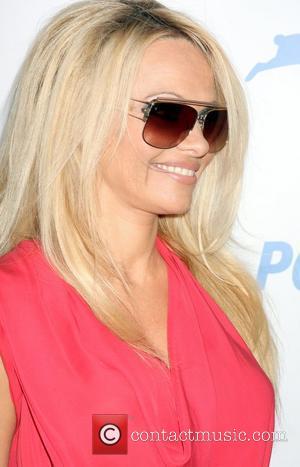 Pamela Anderson has stripped for her 11th Playboy cover - channelling LA DOLCHE VITA siren Anita Ekberg at the sexy shoot.
The Baywatch bombshell landed her first Playboy cover way back in 1989, and was named Playmate of the year in 1990. And now, 20 years later, Anderson is baring all again for the January 2011 issue, cavorting naked in a pool as an homage to Ekberg's infamous scene in Rome, Italy's Trevi Fountain with Marcello Mastroianni in the 1960 movie classic.
On his Twitter.com page, Playboy mogul Hugh Hefner writes, "Pamela Anderson is in the (Playboy) Mansion swimming pool, posing for the January cover in a tribute to 'La Dolce Vita'."
Anderson, who will be 43 when the magazine is published, last posed for the Playboy cover in 2007.