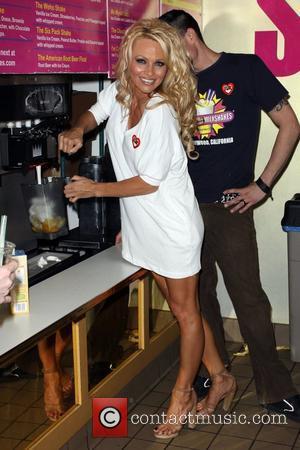 Pamela Anderson has spoken out to address reports she has failed to pay almost $500,000 (£333,000) in taxes - insisting she's working to resolve the "temporary but embarrassing situation".
The California Franchise Tax Board released its annual list of delinquent tax payers earlier this month (Apr10), and named the Baywatch beauty as one of the main culprits.
According to records, Anderson has allegedly failed to pay a staggering $493,000 (£329,000) in income tax installments.
But Anderson is adamant the situation will be set right soon - blaming "events out of my control" for the failure to pay.
In a post on her Twitter.com page, she writes, "I’m not trying to avoid any tax obligation. Certain events occurred, outside of my control which caused this temporary but embarrassing situation. All of my tax obligations will be resolved in the very near future."