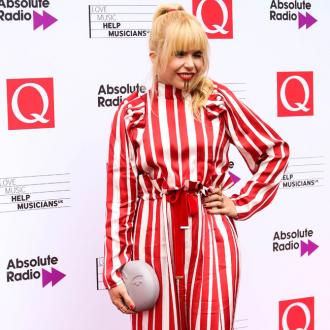 The 36-year-old singer has admitted she is a ''big sleeper'' and there have been times when she has been invited to a bash but has rejected the offer because she just wants to get an early night and cosy up at home.

The former 'The Voice UK' judge - who gave birth to her first child in December last year - told Stylist magazine: ''I've always been a big sleeper, but it's such a luxury to me now that even if someone asks me to go to an amazing event I don't because I actually prefer to go to bed.''

And the 'Only Love Can Hurt Like This' hitmaker has admitted she has even left her partner Leyman Lahcine's birthday.

She said: ''My partner just had his 30th birthday party and I left at midnight before everyone, because I was looking forward to going to bed so much.''

Meanwhile, Paloma has admitted she took her time in buying her own property, and she thinks people are ''surprised'' when she tells them she was renting a flat at that start of her career.

She said: ''I think people were always surprised that I was quite a big name and still living in a rented flat but at the beginning of my career I had one of those notoriously bad record deals where everyone else made a lot of money out of me. Buying a house has been a symbolic thing - I've always wanted that security. ''