British Pop Star Paloma Faith Has Launched Her Own Publishing And Management Company. 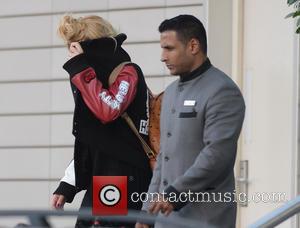 The New York singer has set up the businesses to discover and nurture new talent, but she refuses to offer a contract to anyone aged under 18 because she is adamant they are too young.

"I don't care how talented they are," she tells Britain's Stella magazine. "From a moral and ethical place, it shouldn't be done."

Paloma signed her record deal aged 27, and she is convinced it helped her career because she had grown up and worked in other jobs before finding fame.

"I did all my mad, young, wild stuff without cameras pointed at me," she adds. "So now I'm reasonably tame. It's given me a certain level of confidence as well, because I know I'm capable of getting work. I don't feel like all my eggs are in one basket."

She also lied about her age to get her deal by making herself four years younger, adding, "Everyone thought I was 23, because I said I was 23 and I thought I wouldn't get a record deal if I didn't lie."

The singer will be helping discover talent as a judge on Britain's version of The Voice. She will sit on the panel alongside will.i.am, Culture Club star Boy George, and Kaiser Chiefs rocker Ricky Wilson. The series airs in January (16).