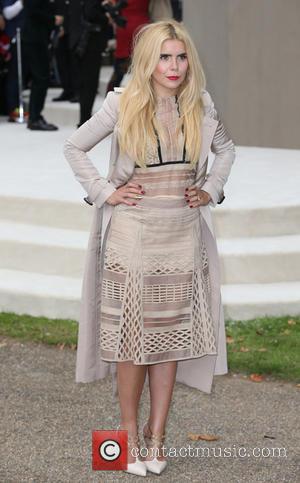 The singer recorded World in Union as the theme music for the 2015 tournament in her native Britain.

The song is played several times during TV broadcasts of the games, but it has irked thousands of fans.

A petition has been set up on Change.org urging TV bosses to drop the music and it had gained almost 2,000 signatures as WENN went to press.

A message posted alongside the petition, which is aimed at U.K. network ITV, states: "We, the undersigned, request that you, ITV, remove Paloma Faith from the Rugby World Cup in order to make it a more enjoyable experience for all spectators."

News of the campaign has now reached Paloma and she has spoken out to defend her song.

"Some people are slating it, I feel like they don't like change, but I don't mind," Paloma insists. "I mean I'm quite pleased with it, so that's all that matters really. I think they don't like it because it's being played too much."

World In Union has previously been performed by stars including Kiri Te Kanawa, Shirley Bassey and Bryn Terfel, and Hayley Westenra. Soprano Laura Wright sang it at the world cup's opening ceremony earlier this month (Sep15).