Gibraltar is, of course, a British territory on the Spanish mainland, and Faith took to Twitter to apologise for the mistake.

Paloma Faith has had to apologise after greeting fans in Gibraltar by saying “Hola Espana”, despite the peninsular being a British territory, going on to say “It’s nice to be in a place that’s half English and half Spanish”.

Faith – who is herself half-English and half-Spanish – made the faux pas when she appeared at the Gibraltar Music Festival on Saturday (September 10th). Gibraltar has been under British control since the Treaty of Utrecht in 1713, and has been a major bone of contention in Anglo-Spanish relations ever since. 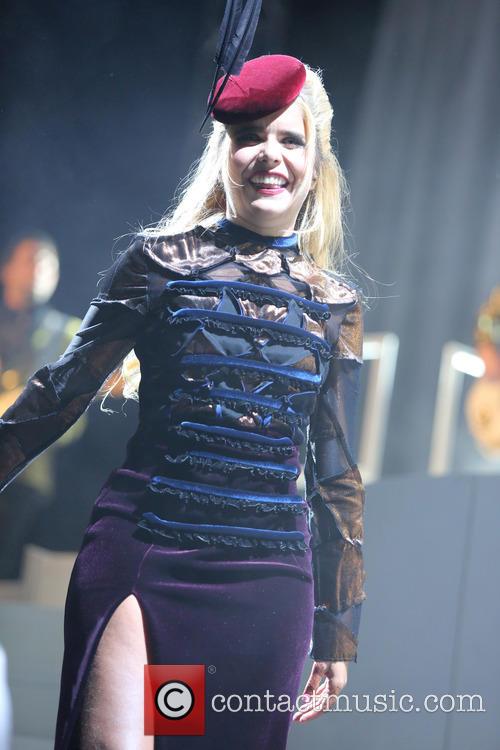 The 34 year old, who was one of the headliners at the two-day event, had been roundly booed and heckled after making the mistake for a couple of songs, leading to a rambling apology on stage that lasted for a number of minutes, according to the Telegraph.

Following a negative backlash from fans in the aftermath of her performance, Faith then took to Twitter to write another apology: “If I offended anyone tonight in Gibraltar about their heritage Im sorry. I had no intention of doing that. I come in peace! I only bring love.”

She later added, “I just wish that people could be kinder to each other and more compassionate and forgiving. There's too much anger in the world already.” Indeed, Gibraltar’s official language may be English, but many of its inhabitants speak Spanish.

If I offended anyone tonight in Gibraltar about their heritage Im sorry.I had no intention of doing that.i come in peace!I only bring love

Earlier this year, Faith was announced as one of two new judges on the BBC singing contest ‘The Voice’. She and Boy George were unveiled as replacements for Rita Ora – who had departed for ‘The X Factor’ in any event – and Sir Tom Jones, which was controversial as the legendary crooner had not been remotely aware that his tenure was about to come to an end.