Paloma Faith Has Apologised For Angering Crowds At The Gibraltar Music Festival On Saturday (05sep15) By Calling The British Territory "Half English And Half Spanish" And Shouting "Hola Espana". 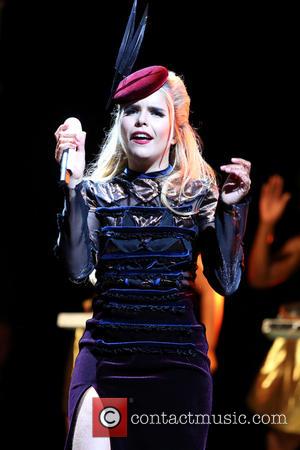 The singer, whose father is Spanish, infuriated Gibraltarians with her comments at the music event which came amid rising tensions between Gibraltar and Spain, whose leaders claim the peninsula, which is positioned at the county's southern tip, should be returned to Spanish rule.

Festivalgoers took to social media to criticise the Stone Cold Sober star for her comments, and Faith has now issued an apology, writing in a post on Twitter.com, "If I offended anyone tonight in Gibraltar about their heritage I'm sorry. I had no intention of doing that. I come in peace!I Only bring love... I just wish that people could be kinder to each other and more compassionate and forgiving. There's too much anger in the world already."