British Stars Paloma Faith And Boy George Have Been Appointed Judges On The Upcoming Series Of The Voice U.k. To Replace Sir Tom Jones And Rita Ora. 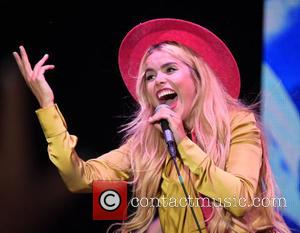 Ora quit the show after one series to switch to rival singing contest The X Factor, but Jones said he "would love to be back" for another series in an interview only last month (Jul15).

However, the official line-up was announced on Friday (14Aug15) showing Jones will not be returning, and Faith and George will sit on the judging panel with will.i.am and Kaiser Chiefs frontman Ricky Wilson when the auditions begin in Manchester, England next month (Sep15).

Faith, who appeared as a guest mentor on the show in 2012, says,"I'm really excited about working with creative people who are there not just to be great singers, but also innovative personalities and performers. I have a long history of helping break artists as in my club nights (sic) I booked Kate Nash, Adele, and The Noisettes before they hit the big time, and four of my band members have gone on to pursue successful solo careers. I'm really looking forward to getting my teeth into something that cultivates the talents of another person and takes the focus off myself for a bit."

George adds,"I'm thrilled and excited to be a coach on The Voice U.K. I'm a huge fan of the show and have watched and engaged with it from series one. If I can help someone to win I will be delighted. What a wonderful opportunity to share my experiences and help someone move forward with their musical career. I can't wait to sit in that chair!"

Former JLS star Marvin Humes will return as host alongside British presenter Emma Willis. Series five will air in the U.K. from January (16).