Lisanne Beck and Simon Murphy of Swansea were fined £5,500 for engaging in sexual activity in public during the open air festival in Hyde Park.

A pair of middle-aged lovers attending an open-air Paloma Faith concert last year have been found guilty at the Old Bailey in London of outraging public decency after engaging in a sex act. They were ordered on Thursday (August 13th) to pay a fine of £5,500.

Lisanne Beck (47) and Simon Murphy (48) of Swansea were attending a BBC Radio 2 gig in Hyde Park in the capital on September 14th 2014, at which Paloma Faith, Chrissie Hynde, Blondie and ELO were performing, when they began behaving indecently and indulged in oral sex in full view of the crowded family event. 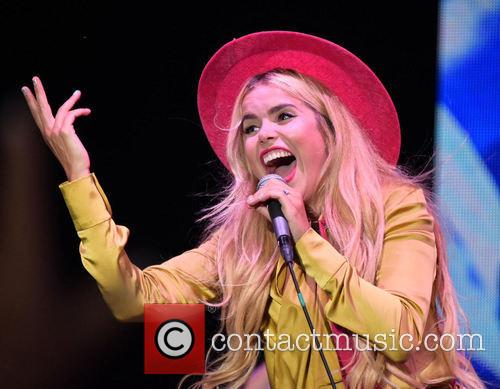 Astonished onlookers at the family event were forced to shield their children’s eyes from their intimate cavorting. One witness, Mike Holden, told the court that he was so disgusted that he started filming the couple with the intention of passing the evidence on to police. The couple were ejected from the vent and then arrested, and the footage was shown in court as part of the prosecution.

More: Is Paloma Faith set to take over from Rita Ora on ‘The Voice’?

“Up until the sexual act I was amused to a certain extent. When I realised things were going too far I was repulsed and very upset,” said Mr Holden. “It was a family event and there were children in the immediate vicinity.”

The pair denied all charges, with Beck claiming that she was merely trying to wake her sleeping partner. “Lisanne didn't perform this on me and didn't perform it on anyone else. I would have noticed if she had,” Murphy said. However, a jury took under three hours to unanimously find them guilty.

Summing up, Judge Charles Wide QC told the court that there was “no doubt about what you were doing, you must have known what you were doing and you persisted in the act”. Continuing, he described the act of which they had been convicted as a “particularly revolting piece of behaviour” and that they “need to be taught a lesson”.