The actor plays Mad Sweeney in the fantasy Starz series.

Based on the multi-award-winning novel of the same name by Neil Gaiman, the 'American Gods' television series on Starz has proven to be a huge success. Bringing Ricky Whittle and Ian McShane back to the small screen in the leading roles of Shadow Moon and Mr. Wednesday respectively, the series teases impending war between the old gods and the new, as each entity battles it out for respect and worship. 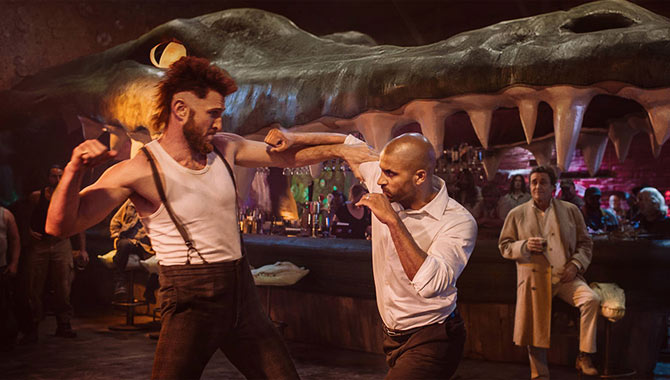 Mad Sweeney and Shadow Moon enjoy a punch-up in the Crocodile Bar as Mr. Wednesday looks on

With Bryan Fuller and Michael Green in charge of the show, viewers have seen some incredibly artistic takes on scenes they've only ever been able to dream up in their heads before now, as well as expanded roles for characters that may only have been touched upon in the original novel.

One of those characters is Mad Sweeney; a leprechuan god that's on the hunt for his magic coin after mistakenly giving it to Shadow, who then tossed it into his dead wife's grave. Played by Pablo Schreiber after British actor Sean Harris left the show before it had even finished filming, the character is one that's worked his way into the hearts of viewers, despite his potty mouth and love for violence.

Speaking about his initial hesitations on joining the show after initially turning down the role, the actor explained to Collider that it wasn't an "immediate yes" to take on the character when he got the call once more.

"By that point, there were a few other things going on for me," he said. "There were a few other possibilities that were in the works, and that is when I asked for a few more episodes. In the pilot, there's just one scene. It's a great scene and you're like, 'Wow, this could be a really cool character,' but you have no idea where it's going. It was really just one scene in a pilot, and at this point in my career, when I said no to auditioning for it, the feeling and the thought was that I'd gone past the point where I should be auditioning for one scene in a pilot."

He goes on to note that there were obviously bigger intentions for the character, which was clearly shown when he got scripts for episodes following on from the pilot.

"It was clear that they were trying to take Sweeney somewhere else and that he was going to have an importance to the story and plot of the show," he said.

It's going to be very interesting to see just how Sweeney's story continues. As Schreiber touched upon, we only ever caught up with him in the books when he was in the same vicinity as Shadow and Mr. Wednesday, so to see what he was up to in moments we haven't yet even heard of will be truly spectacular indeed.

'American Gods' continues Sunday nights on Starz in the US, coming to Amazon Prime Video in the UK each Monday. 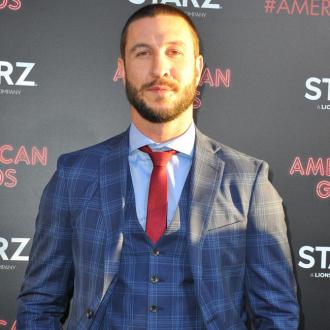