Meanwhile, following the passing of Chicago rapper Juice WRLD in December, his cause of death has now been confirmed by medical examiners as an accidental overdose of oxycodone and codeine. It is thought that he took several pills ahead of his flight before he collapsed at Chicago's Midway Airport. His family thanked fans for their support following the coroner's report and have revealed plans to release posthumous projects from the 21-year-old's unreleased collection.

More sad news came in the form of a Billboard expose wherein Ministry guitarist Sin Quirin was accused of having sex with underage girls in the early 2000s. One of the women in question said in a police report that their relationship took place from when she was 15 to 21 or 22, though Quirin has denied that any sexual activity ever took place. He also denies ever meeting another woman who alleged they had sex when she was just 16.

On a happier note, Adele is releasing new music for the first time in five years, following up 2015's 25. Her manager confirmed the news after months of the singer teasing a project called 30. We can't wait!

The most notable album release this week is Hotspot by the Pet Shop Boys, featuring the song Dreamland with Years & Years. They may be old school, but if early reviews are anything to go by they are by no means past their sell-by date.

But if we're honest, we're more interested in some of the stunning new singles that have dropped lately. James Blunt threw us off when he reduced the world to tears with Monsters; a tribute to his father who is terminally ill. We're used to appreciating the British singer-songwriter for his comedy value, but he's shown a candid new side to himself with Monsters.

Another surprise comes in the form of Paramore's Hayley Williams, who released her very first solo single Simmer ahead of debut album Petals for Armor which is set to drop on May 8th through Atlantic.

2020 is shaping up to be quite the eventful year as K-pop superstars BTS announce their Map of the Soul world tour featuring two huge dates at London's Twickenham Stadium on July 3-4. Tickets go on general sale on February 7th, ahead of the release of their next Korean-language album Map of the Soul: 7.

Alicia Keys is also returning to the UK and Ireland this year for ALICIA The World Tour, marking her first British performance in seven years with a performance in Dublin on June 5th, followed by Manchester Arena on the 7th, Birmingham Arena on the 8th, and London's O2 Arena on the 10th. She'll then play Europe before hitting the North America at the end of July.

Meanwhile, tickets for My Chemical Romance eagerly anticipated reunion show at Milton Keynes' Stadium MK on June 20th sold out in minutes this morning, so half an hour later they confirmed a second show the following night. Needless to say, tickets for that also sold out extremely quickly and the dormant emos in all millenials are screaming with excitement.

This is incredible. Thank you all so much. We have announced a second show. #MCRMKhttps://t.co/XOU6XgCuJg00https://t.co/pMiXiG6Yh0 pic.twitter.com/m9X1hLQZ5G

Kendrick Lamar has been announced as the latest headliner for BST Hyde Park 2020, which is set to take place on July 3-5 and 10-12. He'll be performing on Sunday the 5th, with support from the likes of James Blake and Brittany Howard. Also among headliners this year are Pearl Jam, Taylor Swift and Little Mix.

The line-up for Field Day 2020 has also finally been announced. The one-day festival returns to London's The Drumsheds on July 11th, with Bicep, Floating Points and Ross From Friends, as well as DJ sets from Jungle and Mount Kimbie. As part of their 30th anniversary celebrations, Ninja Tune will be hosting the main stage. 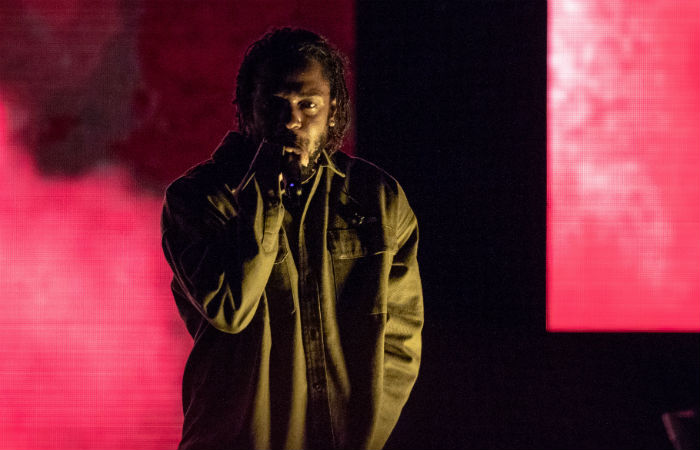