Ozzy Osbourne Has Moved On From His Feud With Former Black Sabbath Drummer Bill Ward To Confirm He And His Bandmates Are Planning To Record A Final Album. 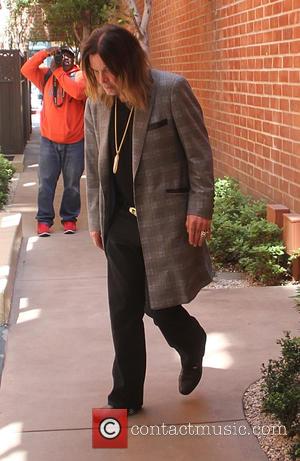 Picture: British rocker Ozzy Osbourne who rose to fame a the front man of the heavy metal band Black Sabbath was seen out and about as...

The Paranoid singer reveals he will record new material with Geezer Butler and Tony Iommi for a 2016 album, prior to a farewell tour.

He says, "The plan is that next year, (we'll do) the final Black Sabbath tour and album."

The album will be the follow-up to 2013's 13, which became Black Sabbath's first U.S. number one. It was the band's first album with Osbourne since 1978's Never Say Die.

The reunion project did not include Ward, who pulled out of plans due to contractual issues.

He and Ozzy recently traded barbs in an online feud, during which the drummer urged his former bandmate to apologise for things he had said about Ward's abilities. Osbourne refused.