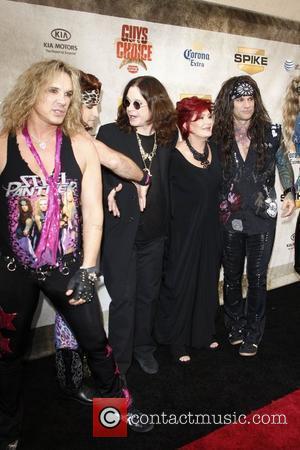 Rocker Ozzy Osbourne wants to donate his body to science, insisting it's a "medical miracle" he's still alive after years of partying hard.
The Black Sabbath star is baffled he has managed to survive to the age of 61 and is convinced doctors and scientists would benefit from dissecting and studying his body after he dies.
He says, "By all accounts, I'm a medical miracle. When I die, I should donate my body to the Natural History Museum. It's all very well going on a bender for a couple of days but mine went on for 40 years. At one point, I was knocking back four bottles of cognac a day, blacking out, coming to again and carrying on."
The Dreamer hitmaker has struggled with an addiction to alcohol and prescription drugs, and was hospitalised with severe injuries after he was involved in a quad bike accident in 2003.
But he admits he has always had concerns about his health: "I happen to be the world's worst hypochondriac. I will catch a disease off the telly (TV). Being ill is like a hobby. I've even started to diagnose my own diseases, thanks to Google."