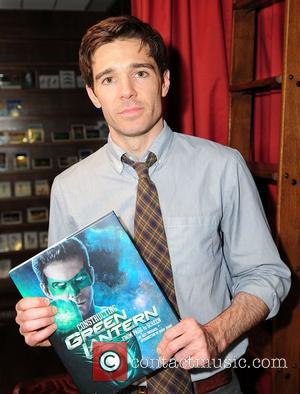 Ozzy Osbourne had the opportunity to stop the burglar who broke into his U.K. home and stole his wife's wedding rings in 2004 - but let him go because he was naked.
The Black Sabbath star was stunned to come across the intruder in his wife Sharon's closet at their luxury family home in Buckinghamshire, England in the middle of the night, and tackled the man to the ground.
The rocker feared his nude attack would land him in legal trouble and his hesitation gave the burglar the chance to make a quick getaway with a haul of valuable goods.
Recalling the fateful night on her U.S. chat show The Talk on Wednesday (13Jul11), Sharon Osbourne said, "About eight years ago... in the middle of the night, a guy broke in, he came into the bedroom while I was sleeping. (He was) by the side of my bed, took my two wedding bands and my engagement ring...
"Ozzy woke up to go to the bathroom and saw him in my dressing room. And so Ozzy's naked and Ozzy picks the guy up from behind, but he's naked. He lifts the guy up and Ozzy goes, 'He could sue me for rape!' So he let him go and the guy jumps out of the window and takes all the jewellery..."
The case returned to headlines this week (begs11Jul11) after the rocker's daughter Kelly Osbourne spotted her mother's missing jewels, including a 10-carat diamond Tiffany ring, among a collection of goods police had recovered and displayed on crimebusting British TV show, Crime Watch.
Kelly took to her Twitter.com blog after alerting her mum to the find, writing, "Thank you crime watch my mum is over the moon thats (sic) (her) wedding ring she cried with joy because she can get it back! Thank you!"
And Sharon cannot believe her luck. Speaking on The Talk, she added, "They (police) found all this jewellery and it looks like my engagement ring and wedding bands are part of that (haul)... How incredible is that?"
Osbourne's rings were among a haul of stolen jewellery and designer watches - worth more than $1.6 million (£1 million) - which was recovered from a house in northern England during a raid last year (10).