By Andrew Lockwood in Music Reviews on 02 December 2014

After finding her musical feet in the world of production and subsequent single and EP releases under her own moniker, Owlle (real name France Picoulet) now shares her debut album, aptly titled 'France'. 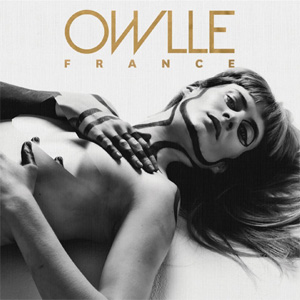 The thirteen tracks are an impressive collection of electro infused and mellowed out dance that include her breakthrough number from 2012, 'Ticky Ticky'. Owlle's vocals are arguably the most influential element that tie everything on 'France' up very nicely indeed. Veering between the light and airy pop of 'Ticky Ticky' to something altogether more seductive and velvety on 'Don't Lose It', they act as the cohesive binding agent through the mix of synths, keys, bass beats and strings of the varied arrangements.

The early 80s influence that Owlle is so fond of can be heard throughout the album. Stand out track 'Don't Lose It' pairs a Human League/Pet Shop Boys keyboard backing with an intermittent 'Small Town Boy' beat as she delivers a very sultry vocal to transport you back to the dance floor circa '84. Elsewhere, you can almost hear Depeche Mode or Yazoo on 'Silence', and even a slice of Madonna's 'Music' on 'Creed'.