Wilson And Mcadams A New Couple? 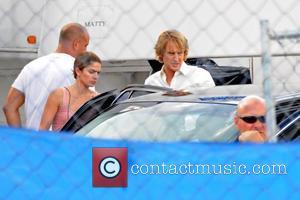 Owen Wilson has found love with another Hollywood actress - he's charmed Rachel McAdams on the set of their new movie, according to a new report.
The stars are said to have become inseparable while filming Woody Allen's latest project, Midnight in Paris, in the romantic French capital, sparking speculation of a new romance.
A source tells Britain's The Sun, "After one scene at a flea market in Saint-Ouen outside Paris, Owen was playing with her hair and being really affectionate. Even for a pair of luvvies, it was very flirtatious. The gossip on set is that they are an item off screen."
Wilson has previously dated Almost Famous star Kate Hudson, while MCAdams was engaged to actor Ryan Gosling.